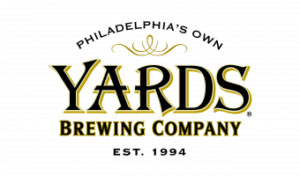 The equipment would need to supply a facility of 100,000 barrels annual minimum capacity and expandable up to 250,000 barrels with a steam production requirement of 16 hours a day, 5 days a week.

2 Universal TC 2000 natural gas with 128 BHP each, as well as a CERTUSS Supply Unit CVE (ready provided for a further expansion with a Junior TC 400 with 26 BHP).

Besides the efficiency of the units, we really liked the small footprint, modular design, and the ability to replace the heat exchanger on the units in case of problems.

In August 2016 CERTUSS America were invited to tender for a project supplied through their local Sales & Service Partner J. Lorber Company Inc.

The details of the scope of supply and commissioning concerned the planned moving of Yards Brewing into their new location. The moving was considered necessary as the existing location did not allow the planned expansion, with a minimum requirement of redoubling the existing capacity. Likewise, Yards was eager to increase the production efficiency.

Moving and supply of the equipment had to be carefully planned, in order to foresee a brief period of overlap to ensure a consistent supply of the highly demanded Yards ales to the market, taking into consideration that part of the old equipment (such as the keg filler, the bottle filler and fermentation vessels) would be further used, whereas the brewhouse, the outdoor CCT’s, filters and yeast handling, as well as the canning line would be notably new.

The equipment would need to supply a min. of 100,000 barrels/year facility, with a fuel supply of natural gas and steam production requirement of 16 hours a day, 5 days a week. The complete equipment is in a line, with space allotted for the third generator. The steam produced serves all applications, out of which approx.80% is consumed in the brewhouse and the rest almost equally shared between cold-block CIP and the keg line.

In February 2017 CERTUSS received through their local sales and service partner J.Lorber Company an order for the supply of the equipment with full commissioning of the plant taking place after the completion of the brewery installation in June 2017.

Head Brewer of Yards Brewing Company Mr. Tim Roberts stated that, “besides the efficiency of the units, we really liked the small footprint, modular design, and the ability to replace the heat exchanger on the units in case of problems”.

Yards was the first Brewery to open in Philadelphia in 1994 after several years without any operational (production) breweries in the city, blowing thus fresh breeze in the local scene. With much hard work and support from the local community Yards reached in 2010 a capacity of almost 15,000 barrels/year and with that became the largest microbrewery in the USA.

Yards motto is: Brew unto Others! As the Yards people explain, “it’s all about working hard, having fun and giving back”. Their credo is “You get what you put in. And it all comes back around”.

Do you want to know more about Yards commitment to good causes? Check with http://www.yardsbrewing.com/brew-unto-others/ support them help Tyanna Foundation (the breast cancer charity partner), the Garces Foundation (for Philly’s underserved immigrant community), ActionAIDs (for an AIDS-free generation in Philly), or Tree Philly (to increase Philadelphia’s tree canopy).