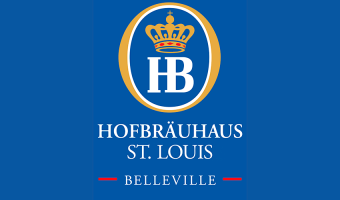 New brewing facility with brand new equipment. The beer garden restaurant in Bellville is the eighth franchise location for Hofbräuhaus of America, LLC and the largest facility until now in North America. With a seating capacity of 750 covers inside plus 250 covers in the outdoor beer garden, the brewing demand is expected to be ca. 3,000 US barrels annually with a steam production requirement of 8 hours a day, 5 days a week.

Hofbräuhaus offers throughout the year three classic Bavarian brews (aka “The Big Three”) on tap: the Original, the Hefe Weizen and the Dunkel. Furthermore the seasonal beers, such as the the Maibock, the Dunkel Weizen, the Doppel Bock and of course the popular original Oktoberfestbier. All produced with the original recipes and according to The Purity Law (Reinheitsgebot), which forbids the use of chemicals, preservatives, artificial enhancers or starches of inferior quality. 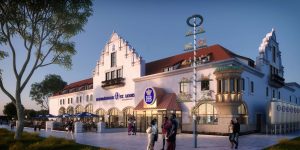 Hofbräuhaus carries a heritage of 500-years in brewing. For the brand new, state-of-the-art equipment of the microbrewery installed in our biggest restaurant in the USA, we have trusted our partners from Europe. And we are glad we did so.

One Junior TC 250 natural gas with 17 BHP, together with a CERTUSS Supply Unit CVE.

The steam produced is used exclusively for heating up and boiling the mash and wort in an external mash & wort boiler, placed right next to the steam generator.

CERTUSS submitted their offer for the planned new facility end of 2015 through their first Sales & Service Partner in the States, Company Boilersource, located in Arlington Heights, IL. The first order for CERTUSS America arrived with the New Year. The project was already under development and the opening was planned for June 2016.

The realization of the project though lasted longer than expected and proved to be more complicated in its details. The largest Hofbräuhaus in North America, with a 31,000-sq.-ft. structure reaches 58 feet in height, includes high vaulted ceilings and is modeled and decorated after the original building in Bavaria, with panels and furnishings being constructed by local craftsmen of Illinois. The huge new brewery-restaurant features not only the authentic beer according to the original recipes, but also the most exquisite dishes of the Bavarian kitchen, which, together with the bands visiting from Germany and Austria, assist in recreating the original atmosphere to be enjoyed by the visitors in Munich.

Company O.SALM & Co. GmbH located in Wien, Austria, supplier of the complete brewery equipment are experts since almost 100 years in planning and delivering brewing technology, responsible for numerous projects in microbrewery and restaurant breweries worldwide. As our paths had crossed several times before in Europe and we had supplied successful projects together, they were sure right from the beginning about the steam supplier of their choice. For the Hofbräuhaus Head Brewmaster, Ben Zollenkopf, the choice of CERTUSS for their steam supply, then still relatively unknown in the local market, was a matter of trust to both SALM and Boilersource for their engineering and commissioning of the brewery. And he has not been disappointed, neither from the service nor from the state-of-the-art-equipment engineered and manufactured exclusively in Europe, by two of the biggest experts in the brewing industry.

Located right in the center of Munich, the original Hofbräuhaus was built some 500 years ago, to become the most famous tavern in the world at the beginning of the 20th century. Until that point the brewery was located in the same old buildings! Nowadays, Hofbräuhaus produces its beloved brews in the most modern facilities in the suburbs of Munich and from there distributes to all over the World.

The beer is still produced according to The Purity Law and the menu in the restaurant is strictly Bavarian. The most famous traditional German brewery was partially reconstructed after the World War II and immediately attracted international clientele. The first Hofbräuhaus in Europe outside Germany was in Genoa, Italy.

The Hofbräu beer was imported to the States in 1997, whereas in 2003 the first franchise opened in Newport, KY, followed by Las Vegas, NV, Pittsburgh, PA, Chicago, IL, Cleveland and Columbus, OH and St. Petersburg, FL. The investment of the Keller family, developers of the Hobräuhaus in St.Louis, reached the $12 Million. The projects for the further optimization of the area include other restaurants, a soccer park, a convenience store, and a hotel and conference center.